Kamikaze
is a notorious nickname of suicide pilots.
This term (literally: «Divine wind») takes origin in the XIIIth Century and was used to describe major typhoons which helped the Japanese in splitting Mongolian fleet. In modern history the term «Kamikaze» was used as a notorious nickname of suicide Japanese pilots who attacked Allied naval vessels using their aircraft as a weapon in 1944-1945. During this period about 3860 kamikaze pilots were killed in such attacks.
In the past 35 years several air crashes involving passenger aircraft are confirmed or believed to be suicide attacks, when one of the pilots waited to be left alone in the cockpit and then intentionally dived the aircraft into terrain or water, killing everyone on board.
Reasons for making such horrific step were different, but could be groped into 4 categories: mental problems, financial losses, problems at work or at home. 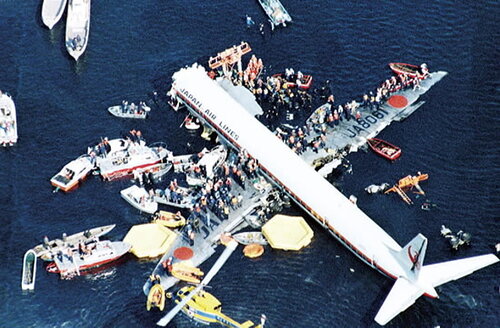 On 09th February 1982 35-year-old captain Seiji Katagiri switched off 2 of 4 engines of his DC-8 performing domestic flight from Fukuoka to Tokyo (Haneda). First officer and flight engineer eventually partly took control of the aircraft and restrained their captain, but they were extremely short of time. Despite their efforts the aircraft crash-landed onto water 300 m before the runway, killing 24 of 174 people on board. Investigation showed that the captain had been suffering from insanity for quite a time prior to the accident.

21st August 1994 Royal Air Maroc ATR-42
On 21st August 1994 32-year-old pilot Younes Khayati deliberately disconnected the autopilot and crashed the plane 10 minutes after take-off from Agadir. All 44 people were killed in the accident, but the reasons for pilot’s actions are not clear yet. 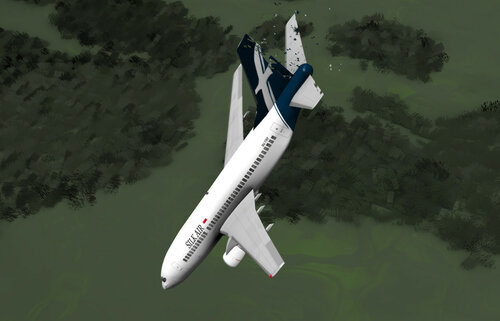 On 19th December 1997 Boeing-737-300 with 104 POB was performing a scheduled flight from Jakarta to Singapore. When flying at cruising level of 35000 ft, captain Tsu Way Ming turned voice recorder off manually, most likely made first officer leave the cockpit and then pushed the steering column down hard. The aircraft’s fall from altitude of 10650 meters took less than a minute and rate of descent vastly exceeded speed of sound. The investigators of the crash found out that the captain had huge debt which may led him to kill himself and his plane. 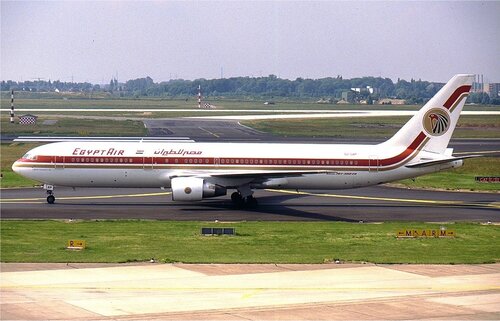 On that day Egypt Air’s Boeing-767 with 217 POB disappeared while flying over the Atlantic Ocean from New York City to Cairo. Investigation showed that there was no trace of technical failure, but despite this at one moment the aircraft started sharp descent and eventually hit the ocean surface, killing everyone on board. Tape in voice recorder made the investigators spine-chilled: it revealed that as soon as the captain left the cockpit for the lavatory, first officer started saying in Arabic «I rely on God», most likely disengaged autopilot, set engines to idle power, and made the aircraft fall towards the ocean.
One of the versions of this tragedy says that first officer was demoted immediately before the flight and simply could not accept this after many years of hard work for that company. 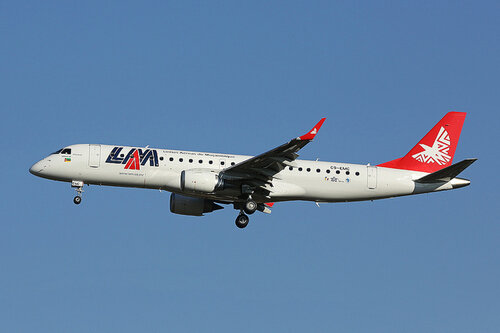 On 29th November 2013 Mozambique Airlines’ Embraer-190 crashed in tropical forest in Namibia, killing all 33 POB. When cruising at 11600 m halfway from Maputo to Luanda, the aircraft suddenly entered an abrupt descent and eventually hit the ground. The investigation revealed that Captain Herminio dos Santos Fernandes had had a clear intention to crash his jet and manually changed its autopilot settings. The cockpit voice recorder captured several alarms going off during the descent, as well as repeated loud bangs on the door from the co-pilot, who was locked out of the cockpit. Unverified rumors suggest that the captain may have had marital problems, and that his son had died shortly before the event.

On 24th March 2015 A-320 of Lufthansa’s daughter low-cost company Germanwings, performing flight from Barcelona to Dusseldorf, crashed in mountains north-east of Marseilles, France. Shortly after voice recorders were discovered, it became clear that first officer, Anders Lubitz, intentionally had headed A-320 with 150 passengers and crew into mountains. In this case, like in the others, pilot had been waiting to be left alone in the cockpit to perform his deadly plan, while the Captain was trying to crash the cockpit door with an emergency axe in desperation. Later it was confirmed that Lubitz had been having some mental problems (long-term depression) and probably unshared love.

Aftermath
After the latest tragedy Lufthansa group decided to put «Two people in cockpit» concept into practice: if a pilot leaves the cockpit for any length of time, another crew member must replace them. This «Rule of two» however has already been common practice for many companies.

PS: The mysterious disappearance of flight MH370 from Kuala Lumpur to Beijing of Malaysian Airlines Boeing-777 on 8th March 2014 might also has been caused by pilot’s suicide attack, but there is no evidence or proof of that.